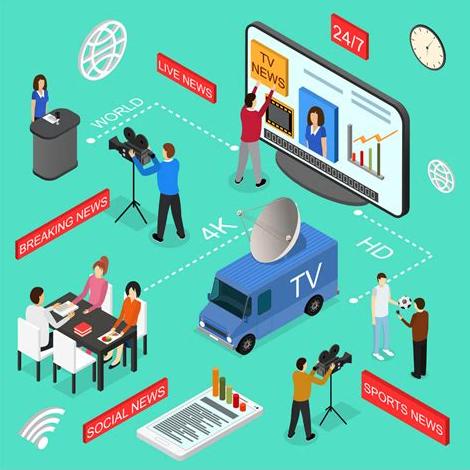 Traditional media, TV, newspaper, radio, non-profit and online still control much of the narrative landscape in business and politics. Slowly creeping in are advocacy and political groups, especially on the far right, that are able to dominate social media, have huge amounts of funding from right-wing oligarchs and are utterly shameless in their application of PR and marketing for diabolical ends.

The journalism job has always had its challenges but has gotten exponentially harder and more tenuous as advertisers have given all their money to Google and Facebook. This has led to it being one of the fastest shrinking industries in the country. This is bad for keeping the population informed. The non-profit pivot has not really improved things as they range from chronically underfunded start ups to wholly purchased subsidiaries of whatever some wealthy benefactor thinks.

This said, we should and do frequently critique the mainstream media. Not in the lame fake news sense (though some "news" certainly meets a broad definition of that), but in the framing and messaging sense that every media outlet since time eternal has been engaged in. As we come up on what looks to be a horrific legislative session for 2SLGBTQA+, various racial minorities, workers, children, the elderly, the environment and other groups targeted by evangelicals and corporate titans, we need to discuss the role the media plays, how they often fail to live up their charge as a free press and what needs to change if Oklahoma doesn't want to continue its march toward a theocratic, white ethnostate. 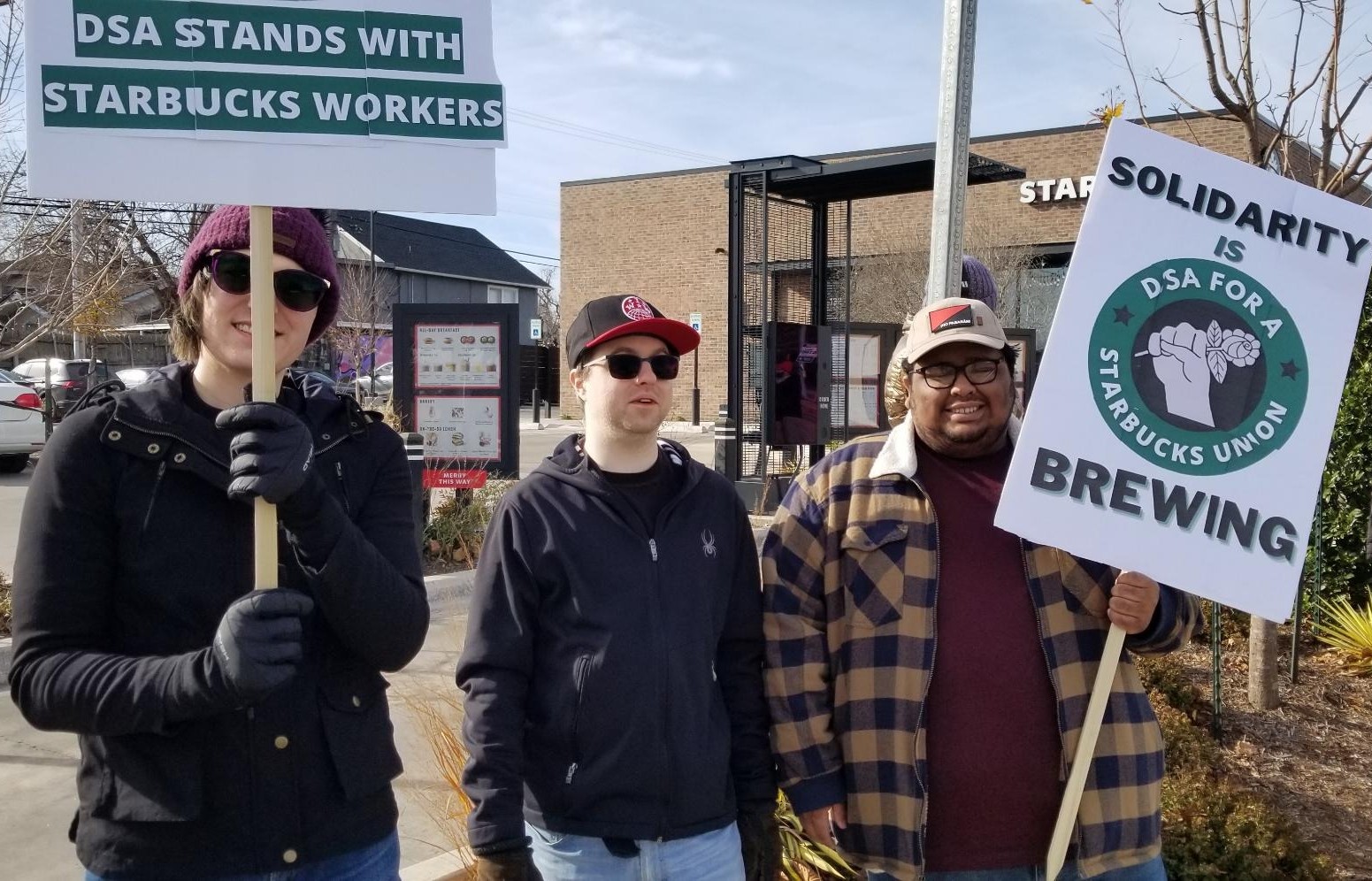 If you drove by Starbucks on Robinson and 23rd last Sunday you might have noticed a caffeinated picket line shouting slogans of “no coffee, no contract” and “this is what solidarity looks like." Joined by members of Oklahoma labor unions, Starbucks workers organized a strike on the chilly December Sunday to protest the following unfair labor conditions.

Where Do We Go from Here? 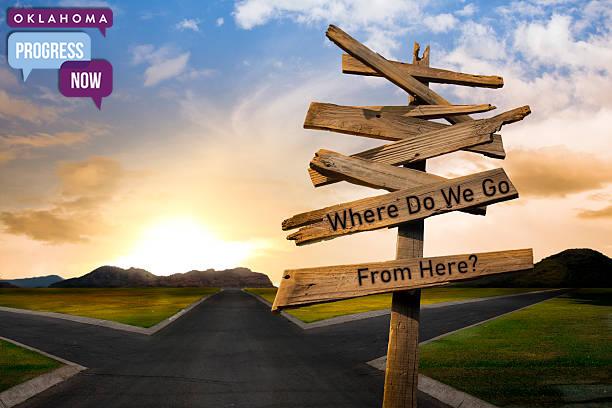 After the terrible midterm results in Oklahoma in 2022, we need a plan and actionable steps to take to move forward.

We've long since passed the definition of insanity with regard to electoral politics in Oklahoma. For years, Dems in Oklahoma have tried to be Republican lite or pretend like the other side has a point or platform we need to adopt some aspect of to win them back. That is false. It hasn't worked, it will never work, people will always support their team and in the state that is near 50th for voter turnout, we should engage our vast untapped reserve of nonvoters, not keep fighting to convince terrible people to be less terrible.

Who is to Blame? 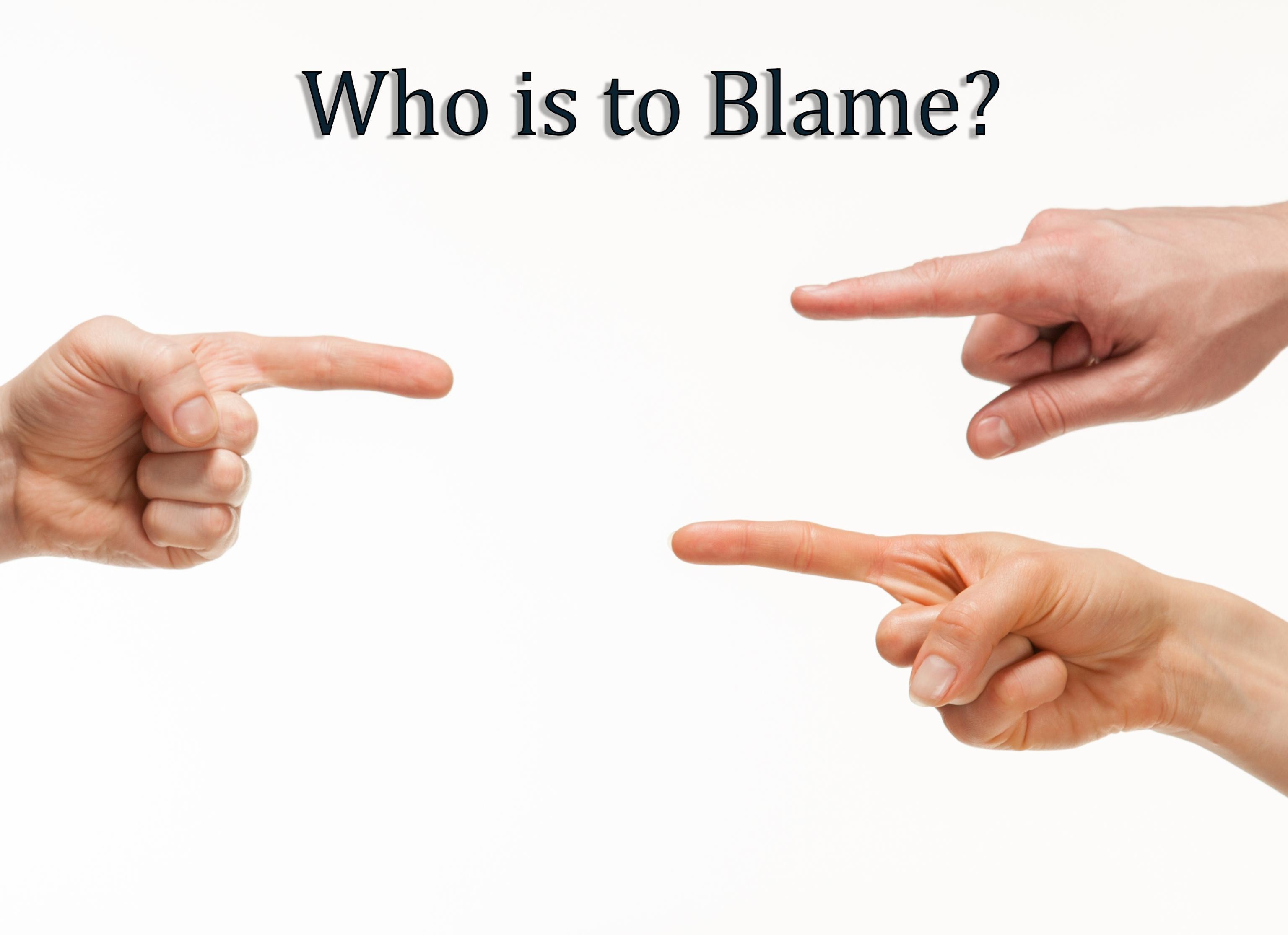 The Blame Game is annoying. We'll be the first to admit that everyone bears some responsibility in electoral defeats but there is some introspection that badly needs to happen here. Nobody can improve at anything unless they are willing to take stock of the reality of the situation. Check out part 1, What the Heck Happened? here.

The midterm results are in and while the red wave failed to form nationwide, its deep red ocean origins are alive and well in Oklahoma. The wave formed in some of the most frustrating ways.

Oklahoma did what Oklahoma so often does, disappointed people who believe in having a functional government and system that cares for its population. Despite many local polls showing a tight race, Joy Hofmeister lost big against a fairly unpopular Kevin Stitt. All the other state-wide races fared even worse. Down ballot was equally depressing with JJ Dossett, one of the few Dems left in the Senate losing and a lone house pickup in Tulsa. Oklahoma County had a glimmer of hope but how bright remains to be seen.

We'll look from the top on down at what happened, who is to blame and how things went disastrously wrong for Democrats and the progressive left.

During Winter Storm Uri in February 2021, Oklahomans witnessed a massive explosion in natural gas prices over a few day period. Major utilities purchased more gas by cost in a few days than they do in a year. Instead of investigating price gouging, clawing back excessive profits or demanding utilities that were ill-prepared for winter weather pay part of the burden, the government of Oklahoma passed Securitization laws that force Oklahomans to pay additional utility fees for the next 25+ years to pay for these natural gas charges incurred in Feb 2021. This is a story of how a three-day storm turned into decades of debt for all Oklahomans.

Since the storm, our electricity and gas bills have risen dramatically. All together, Oklahomans were hit with the largest single tax increase in history. More than $4 billion dollars will be paid out over the next 25+ years. This was a market failure, not an infrastructure one. Gas kept flowing, electricity was produced (except for brief interruptions), we just paid way, way more for it and now have a generation worth of bond payments to show for it. Below, we lay out how the Stitt administration guided this process from the beginning and failed to protect Oklahomans. 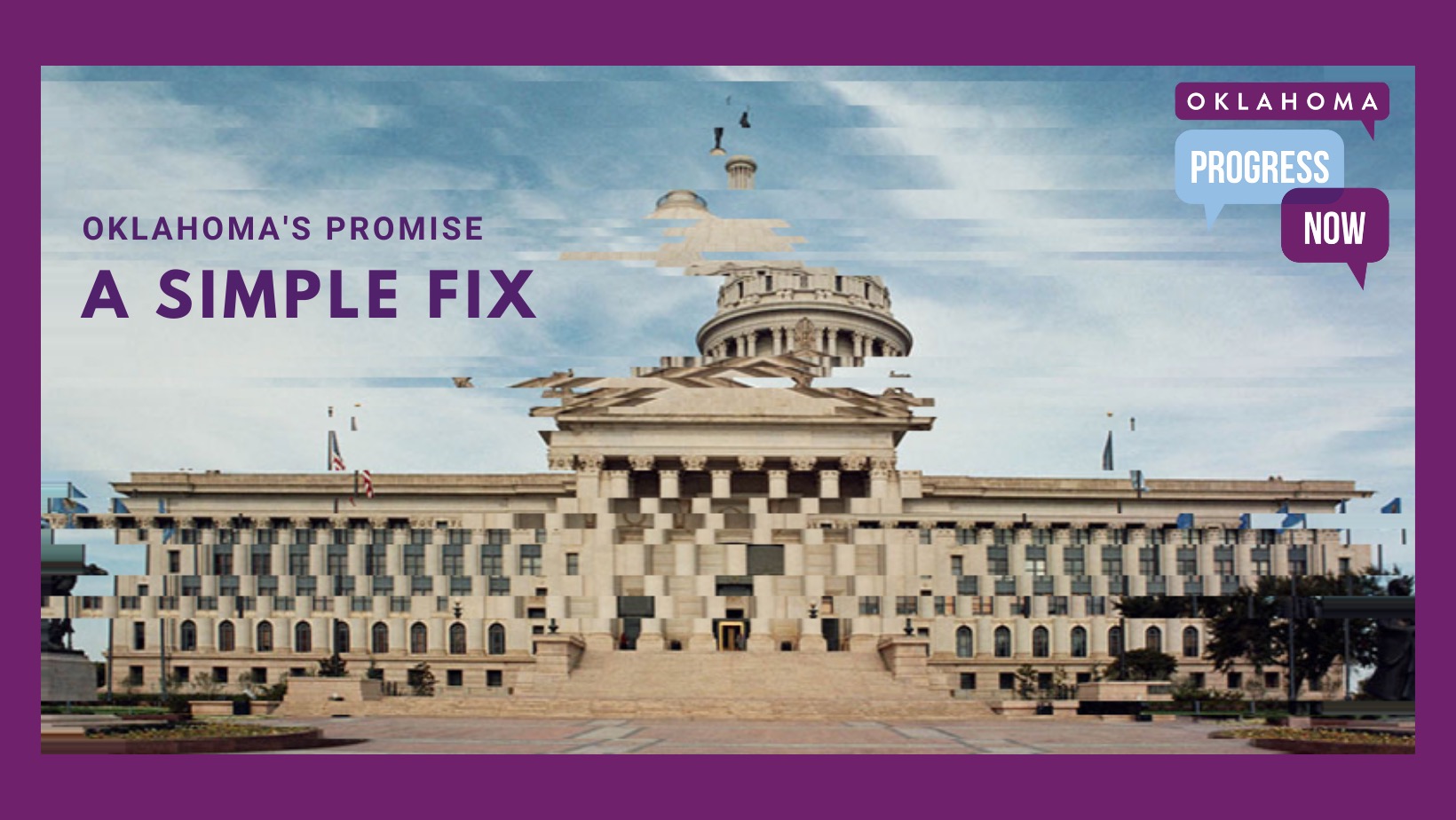 The Oklahoma City Council elections are signalling that the worst variants of the Trump coalition are alive and well in Oklahoma City. Thoughtful, progressive candidates lost to do nothing incumbents or bizarre reactionaries rallying a few supporters on the edges of the city while the overwhelming majority stayed home. A personally popular moderate in Ward 3 was pushed to a runoff by a hyper-partisan hack running a right-wing campaign. But through it all, one thing was consistent. The people with money and power will do almost anything, align with almost anyone, no matter how grotesque, to keep the deck stacked for them.

Two days before Christmas, the Oklahoma County Budget Board, made up of all the elected officials in the County, voted to give themselves a modest pay raise. The outrage and condemnation has been swift and from folks across the political spectrum. Part of the problem is the Budget Board members did a poor job explaining it or defending it. We're here to tell you why this was a reasonable request and why anyone left of an oil baron should be okay with it. For a longer dive, our Monday, Dec 28th stream on Twitch talked about it more in depth.

The election results are nearly finalized and the damage across the country has been done. What was billed as a blue wave, after four years of the authoritarian, narcissistic incompetence of the Trump administration, never really hit. Democrats, after a lively but largely civil primary, were finally going to win the power to fix things. Demographics, an economic crisis and a worsening pandemic made the choice clear.

This was their moment.

Instead they narrowly captured the presidency with three states decided by less than 1% and three others by less than 3%, they failed to take the Senate in an outright majority, lost ground in the US House and suffered a catastrophic series of defeats at the state and local level in the election just before redistricting from the 2020 Census. Locally, the Oklahoma House saw an increase to its Republican supermajority by 5 votes to make it 82 to 19. The Senate is 39 to 9 Democrats, with a special in SD 22 for Stephanie Bice's old seat as she heads to congress after defeating Oklahoma's only federal Democrat Kendra Horn.

SQ 805 the major criminal justice reform measure faltered badly losing by nearly 20% and will only embolden the most punitive criminal legal system in the world to keep on punishing people despite the evidence showing it doesn't work. An effort to make modest reforms to a system hell-bent on destroying individuals and families for generations all for the cruel sport of punishment and profit was defeated by a fear-based campaign from law enforcement and their allies. It was an exceedingly rough night for progressives and the Democratic Party.

Meanwhile the Republican party that has fully embraced reactionary politics focusing almost exclusively on culture war issues, racial animus and xenophobia and who has direly mismanaged the pandemic, drastically overperformed expectations. As they lean further into paranoia, hatred and bigotry, many Democrats struggled to differentiate themselves meaningfully.

In Oklahoma, the justification being done by the political class, liberal elites and the few people clinging to any kind of silver lining ranges from blaming the Trump surge in a blood red state (a small part of it) to wanting to quit the opposition all together and just become Republicans (deeply disturbing). We breakdown what really happened, what we are doing wrong and what to do about it.